In Table Tennis, the pace of play largely determines who will win matches. Any slight advantage can swing the game in your favor.

For this reason, Table Tennis players pay special attention to their rackets. A racket with more spin and speed means you have a better chance of winning (as long as you know how to control it).

This is where boosters come into play, chemicals that can be applied to Table Tennis rubbers resulting in extra speed. It is well known that the vast majority, if not all professional players boost their rubbers.

The practice of using boosters is highly controversial. According to the rules, they are illegal, but, players regularly continue to use them in all competitions.

What are boosters and how do they work? Should you boost your rubbers? Is it legal? How do you use it?

Let’s explore the use of Table Tennis boosters and explain why we think most players shouldn’t use them.

What is Boosting in Table Tennis?

There are two main types of boosters, those based on paraffin or mineral oil, such as Falco Tempo Long and Haifu Seamoon, and those based on limonene, such as the factory boosts of most European rubbers.

Some heavily factory boosted rubbers such as Rakza Z come domed out of the package.

Booster compounds are applied to the sponge and they are absorbed slowly. The rubber then domes as a result of the tension injected into it.

The result is a softer rubber, with a much higher rebound effect and a crispier feeling. Boosted rubbers have much more energy and bite the ball in a superb way.

However, these chemical compounds evaporate with use. Boosted rubbers only maintain their effects for 4 to 12 weeks, depending on the booster. After that, it is time to repeat the process or change the rubber.

Is Boosting in Table Tennis Legal?

According to the rules? No. In practice? Yes.

The use of boosters is a very controversial topic. Some players think that those who use boosters are cheaters, while others consider that using boosters is necessary to avoid being at a disadvantage since other players do it.

In the ITTF Handbook, rule 2.4.7 states “The racket covering shall be used without any physical, chemical or other treatment”.

This rule makes the booster illegal. However, we see that most professionals continue to boost their rubbers for all competitions.

We can tell that their rubbers are boosted just by looking at them, as they have the characteristic shine to them, the pimples are dilated and the rubbers even lift up on the sides due to the high tension.

The racket then also produces a very loud sound on impact with the ball, characteristic of boosters.

The problem is that the rule that makes the use of boosters illegal is unenforceable, as the current testing methods don’t detect modern boosters.

The ITTF tests the rackets of all players in international competitions, and although practically all of them are boosted, they pass the emissions check.

ITTF officials test all rackets for VOC emissions, and the current boosters have no VOC components. Even though their rubbers shouldn’t be altered in any way, the testing method can’t accurately detect if they are.

Volatile organic compounds (VOCs) are chemicals that have a high vapor pressure at room temperature. These VOCs can be harmful to one’s health, so the ITTF banned them.

Speed glue was VOC-based, so when they banned it in the year 2007, the ITTF started testing rackets for VOC to detect illegal speed glue usage. In response to this, modern boosters without VOC were developed, and the testing methods soon became pointless.

So, all the umpires know that top players boost, and all the players know that they have to do it because if they don’t they are at a disadvantage.

This, in my opinion, is a big problem for the sport. The ITTF aims to make the game slower so that spectators can have longer rallies and more of the spectacular points all of us love to watch.

However, as boosters get better, they make the game faster and faster. Then, the ITTF has to come up with a rule change, such as making the ball larger or raising the net.

Throughout the last century, only one ball was used, but from the year 2000 until today, we have already had 2 ball changes. There are certainly more to come if equipment and booster keep getting faster.

In conclusion, boosters are illegal under the rules, but any booster you can buy today is legal in practice since they pass the ITTF testing methods.

Should YOU Boost Your Rubbers?

We have learned that virtually all professional players boost their rubbers. But should you do it? That’s a completely different question. In my opinion, in most cases, definitely not. I actually believe boosting is bad for table tennis as a sport.

Boosting the rubber causes the rubber to soften, gain spin and speed, at the cost of a loss of control. Since most amateur players make a lot of unforced errors. In my opinion, the tradeoff between performance and control isn’t worth it, unless you’re a highly-skilled player.

Beginners and intermediate level players who boost their rubbers will end up with rackets so fast they can no longer play controlled shots. Using boosters when you’re not ready can hurt your progress.

If you can get rubbers that have enough speed and spin for your level, you don’t need to boost. Just buy those rubbers.

However, I think there are some cases in which boosting may still be worth it. These are:

If you are a beginner or intermediate player, I recommend that you do not boost as the effects are short-lived, it is an expensive procedure, and you can ruin your rubbers in the process, making them excessively soft and bouncy.

If you like to play with boosted Chinese tacky rubbers, I suggest that you take a look at modern hybrid rubbers such as Yasaka Rakza Z. They play like boosted Chinese rubbers but you don’t have to go through the hassle of doing the boosting yourself.

How to Boost Your Table Tennis Rubbers

Despite all this, if you decide to boost your rubbers then we are going to explain the optimal procedure to obtain the best results.

Before starting the process, we recommend that you apply the booster in a ventilated environment and take special care that the product does not come into contact with your skin.

Boosters are toxic compounds and you should handle them with caution.

I personally recommend using no more than 2 layers of booster in total, as 3 or more layers will alter the properties of the rubber in an unpredictable way.

In my opinion, the best results are obtained with only 1 layer of booster or with 2 thin coats.

If you chose to boost your rubbers, arm yourself with patience. The procedure we are going to detail takes between 3 and 4 days. It is very important that you don’t rush the process to get high-quality, consistent results.

To begin the process, you will need to

The first layer will be the first contact of the sponge with the booster, so making it thin is vital. If you use a thick layer for the first one, your results will definitely be inconsistent as the absorption will be all over the place. The first layer should be thin and even.

The results of this procedure are noticeable and consistent. When done properly, there is no risk of ruining your rubbers. It is very important that you wait and do not glue the rubbers while they are curved as they may peel off the blade from the edges.

In my opinion, 2 Table Tennis boosters are clearly better than the rest. These are the Falco Tempo Long and the Haifu Seamoon. 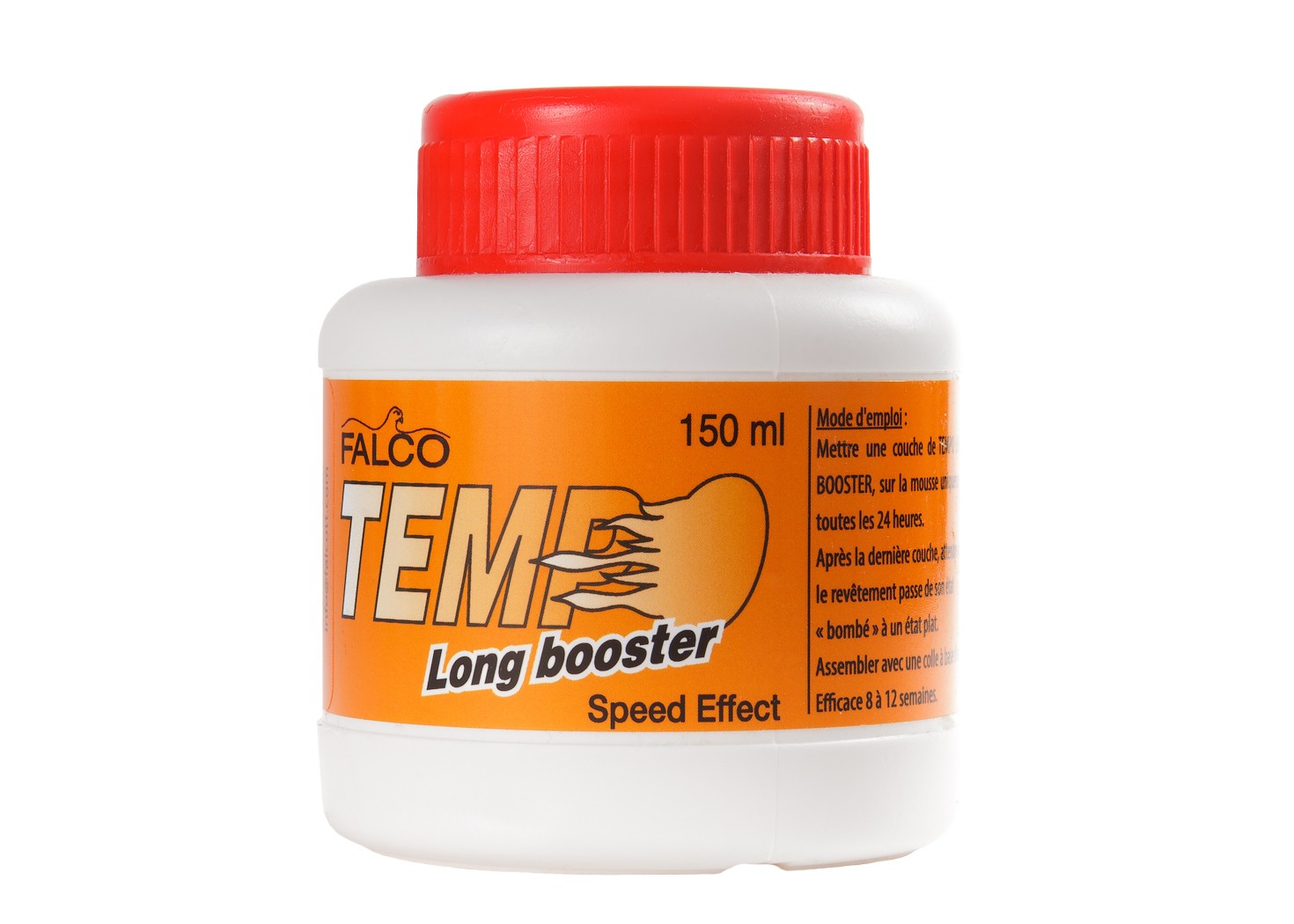 Summary: This booster is highly effective and long lasting. If you need to give your rubbers an extra boost, or bring to life some old rubbers, you can't go wrong with Falco Tempo.

The Falco Tempo Long is the most popular booster in Table Tennis, and for good reason. As the name implies, this booster is the longest-lasting on the market, boasting 8 to 12 weeks of effectiveness.

This booster greatly softens the rubber and increases both the speed and spin of the rubber. 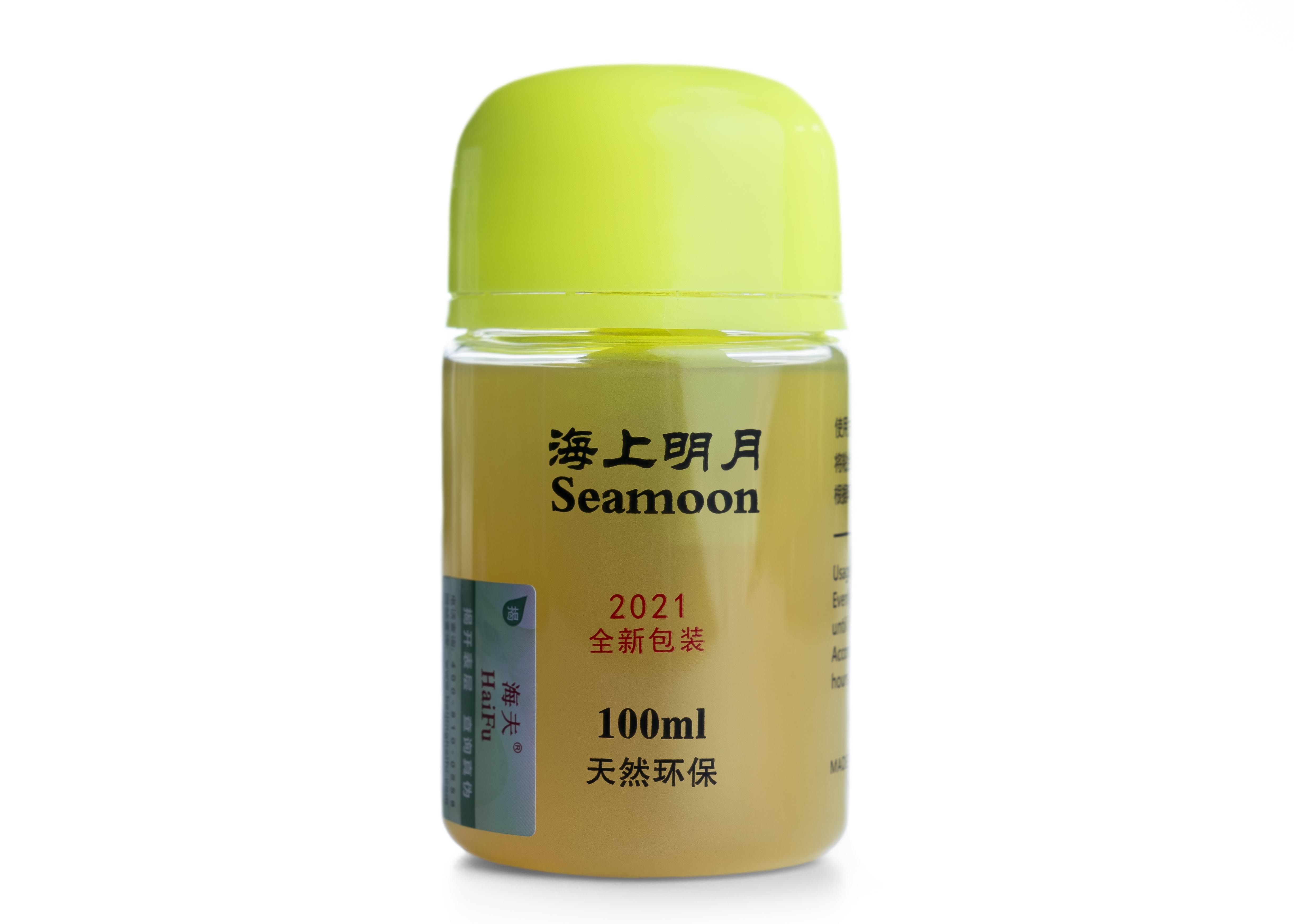 Summary: Whilst this booster doesn't last as long as the Falco Tempo booster, it is the preferred booster of the Chinese national team. That suggests it's more effective on hardened Chinese rubbers but I personally think the impact of both Tempo and Seamoon boosters are very similar.

Haifu Seamon is the best booster for Chinese rubbers. It is a very powerful booster that does not soften the rubber as much as Falco and produces great increases in spin and speed, as well as improving the hand feeling.

This booster increases both the speed and spin of the rubber. As we could see in the picture above, Ma Lin and most Chinese players prefer this booster.

To sum up, we believe that the vast majority of players do not need to use boosters as there are rubbers available on the market that have more than enough speed and spin from the factory.

However, for those who want the highest performance possible, using Table Tennis boosters is a great option to achieve exactly that.

1 thought on “Experts Guide to Boosting in Table Tennis”